Effects of Post-Election Violence on Children

Kenya experienced a political and humanitarian crisis following presidential elections on 27 December 2007. Over 1,200 people were killed and 300,000 displaced, with disproportionate violence in Kenya. Even though sudden and severe political violence may subside significantly in weeks or months, increased attention to long-term effects on parenting and child adjustment is warranted.

Children have immature mental processes which could misinterpret events and trigger trauma related conditions unless they get psychological support.

Violence negatively affects a child’s interactions. A child interacts with family members, peers, schoolmates, neighbours and other groups. A break in these connections interferes with a child’s normal development.

Children often internalize their fear. They may feel anxious, depressed or stressed. Some act out and become more aggressive. They may consider acts of violence as normal. Boys are more likely to be more aggressive, impulsive or antisocial than girls when exposed to violence Studies have shown that girls tend to internalize emotions as anxiety and depression.

Persistent and excessive fear of losing a caregiver in an accident or disaster is a common reaction to trauma. The child becomes restless and does not want to be separated from the caregiver.

Media messages of anxiety and calls for peace may bring back their worst memories. They could become anxious whenever elections take place.Studies show that the effect of violence on a child’s future psychological well-being depends on their age, coping mechanisms, and cognitive and verbal abilities

A climate of fear and uncertainty can trigger psychological distress for all people. However, children are more vulnerable because graphic images shape their developing brains, leaving effects that last into adolescence and adulthood.

Effects of the violence continue to reverberate throughout the country as many lives are lost . The situation is probably more precarious on school going children who’s fundamental right to education has been interrupted as arsonists have destroyed homes ,churches and schools. Such devastating events have mostly affected the Rift valley .Mostly during the 2007/2008 . The magnitude of the violence doesn’t spare the teachers either some of whom have borne the burnt mayhem .Students are stuck in homes as roads are barricaded and public transport is made insecure by gangs armed with crude weapons. Many displaced students are stuck in IDP camps which lack this vital facilities .Returning to school upon the subsiding of the PEV is rather costly as the student have to incur the cost of buying new accessories which were lost to the infernos and arson activities. Most of them end up just dropping out of school.

Many victims were unable to access timely medical care, including obtaining post exposure prophylaxis (PEP), a short-term antiretroviral treatment to reduce the likelihood of HIV infection after potential exposure. The reasons for not obtaining medical care included the following: a breakdown in security and the fear of leaving home, lack of transport, ignorance about PEP, and fear of stigmatization. The void created by the lack of official response to sexual violence was partly filled by private hospitals, including the Nairobi Women’s Hospital, some government facilities, and a number of NGOs, including the Kenya Red Cross Society (KRCS).Physically some children have dropped out of school, some were raped and some were injured. Psychologically children are still traumatized from the orgies they witnessed in 2007 and the findings have revealed high levels of stress among the children.

Children have been adversely affected socially, materially physically and psychologically. Socially peer relationships have been strained due to entrenched tribalism after PEV. Materially most children have had their parents loose their means of livelihood after properties and businesses were destroyed during PEV. These have made them more vulnerable to the hard economic times currently being experienced in the country

Children might easily fall prey to political games and manipulation during electioneering. Political actors often try to take advantage of them in their bid to emotionally influence the electorate. Politicians visit schools, student choirs perform at a political events and student council representatives are influenced by politicians to campaign for a political formation. While children are known not to vote, they have always borne the brunt of the violence and anarchy that result from poorly managed elections. They are most adversely affected by poll violence in Kenya.

Upholding child rights in this political season requires a multi-faceted approach, including, firstly, sensitization of the public about the impact of violence on children. Experts like psychologists and civil society can make the public aware of the violence they could experience and provide referrals.

Secondly, sensitize politicians to look out for child rights. Legal action should be taken against those who engage children in campaigns or allow them into public spaces where the meetings are held. Parents and guardians should restrict children’s access to rallies and all manner of election-related protests and media that broadcast violence.

Media should abide by their policies and guidelines which reflect an understanding that children can be harmed by what they see and hear. Their content should have due regard to young minds. 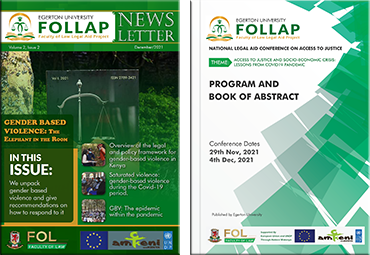